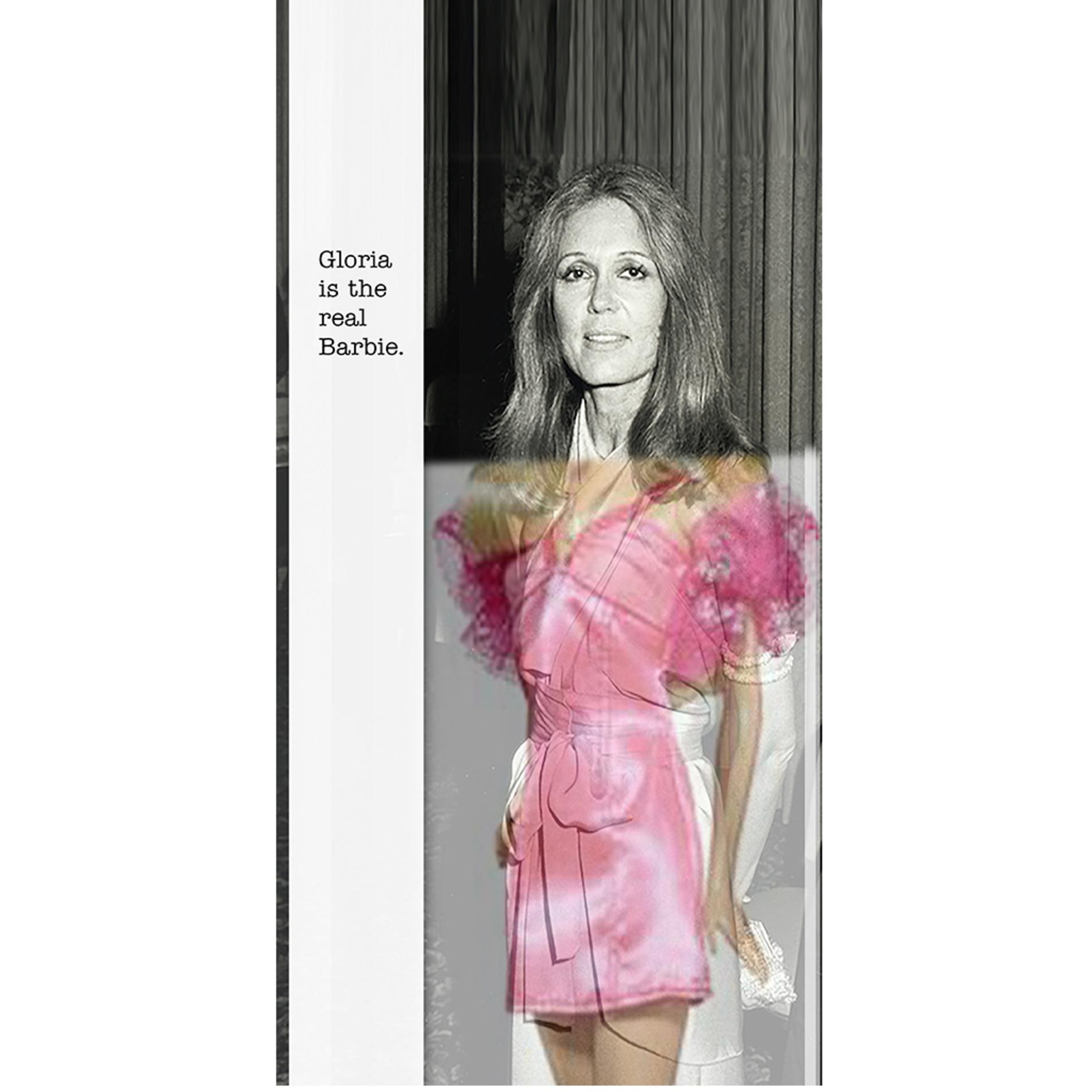 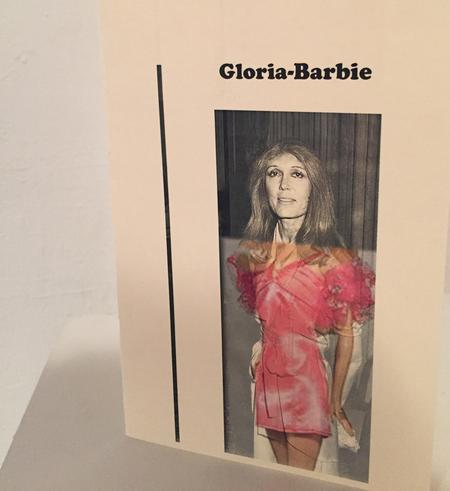 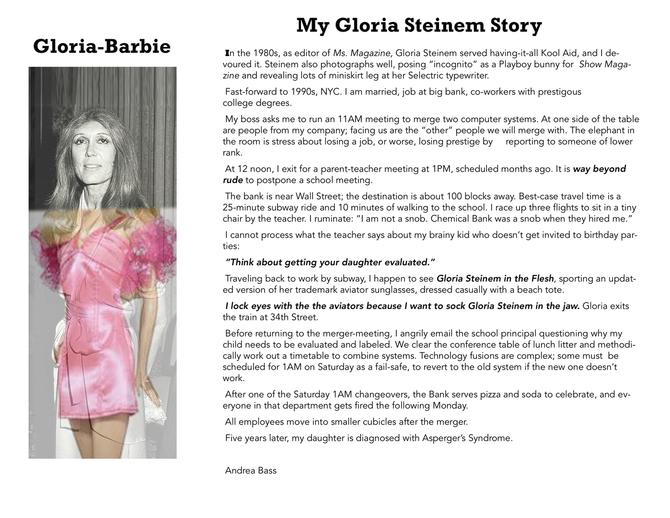 Gloria Steinem is my goddess, beginning about age 17. As feminist-editor of Ms. Magazine, Steinem shows up like a superstar, whether in the Playboy Bunny outfit she wears in an expose for "Show" magazine or a belted mini-skirt with long legs at her Selectric typewriter. I devour "Ms." because it makes me feel empowered to climb up and advance my education and earning-power.

Fast-forward to me in 1990s New York City: an MBA, one miscarriage, 20 pounds, and two babies later. I work for a big bank where my 30-something co-workers have places like Andover, Wharton, and McKinsey in their backgrounds. The unspoken bank dress code is Brooks Bros or Donna Karan with “good” shoes, watches, pens, and work-totes. (This is before dot-com business-casual etiquette.)

In a typical putty-colored bank conference room, the well-breds from my company sit on one side of a long table for an 11AM meet-and-greet meeting about a merger between two bank operating systems. Facing us, on the other side of the tabletop, squinting into sunlight that pours in through large glass windows, are the “new people,” whose most frequently mentioned alma mater is Queens College. After introductions, we do have one thing in common: the unspoken anxiety in the room about possible job loss or, maybe worse, prestige damage by having to report to someone with lower rank in the new org-chart.

I must awkwardly depart the meet-greet by 12 noon for a parent-teacher meeting at 1 PM, at my daughter’s school, scheduled months ago. Postponing a scheduled school meeting is way beyond rude, because the teacher schedules 20+ parents for 15-minute meetings during her free periods. The bank is way downtown in the Wall Street area; the school is 100+ blocks away on the upper west side. Best-case travel time is a 7+ minute walk each way and a 25+ minute subway ride.

It is a warm sunny day, but I am wearing a wool coat, since the weather was freezing earlier in the week. I chomp down a breakfast bar as I race-walk to the subway. With my low Ferragamo heels, I clumsily gallop up three flights to the classroom, where I sit in a tiny chair next to the teacher. I am panting, sweating, and ruminating: I am not a snob; Chemical Bank was a snob when they hired me.

Even though I pull out a leather bound pad to take notes, I cannot process what the teacher tells me about my brainy kid who doesn’t get invited to birthday parties: “Think about getting your daughter evaluated.”

On the subway back to work, now seated, I actually spot the real Gloria Steinem, in the flesh, standing right over me, sporting an updated version of her trademark aviator sunglasses. Gloria is dressed casually with a beach tote, likely heading eastward to the Hamptons. It is said that her boyfriend is Mort Zuckerman, a billionaire media and real estate mogul. I tilt back my head to lock eyes with the aviators: I now want to angrily rise up and sock Gloria Steinem in the jaw, because Gloria is dressed appropriately for the weather with no worries about toddlers, preschools, middle schools, tuition, husbands, downsizing, babysitters, maternity leave, severance pay, corporate stature, or COBRA. After deliberately glancing away from my angry, sweaty look, Gloria quickly exits the train at 34th Street.

Before I return to the merger-meeting downtown, I detour to my desk to hastily dash off an angry email to the school principal, questioning why my daughter needs to be evaluated and labeled. I re-enter the conference room, now littered with leftover lunch food. Together, everyone cleans off the table and then methodically works out a timetable to combine electronic banking systems. Technology fusions are complex; some must be scheduled for 1AM on a Saturday morning as a fail-safe, to revert to the old system if the new one doesn’t work. The goal of this system merger is to make changes absolutely user-friendly to the large corporate bank customers.

With 50 employees at work to tend to the computers, calculators, and operating procedures at a Saturday 1AM changeover, the Bank provides pizza and soda to celebrate. Then, everyone in that department is terminated the following Monday.

All employees move into smaller cubicles after the merger.

Five years later, my daughter is diagnosed with Asperger’s syndrome.