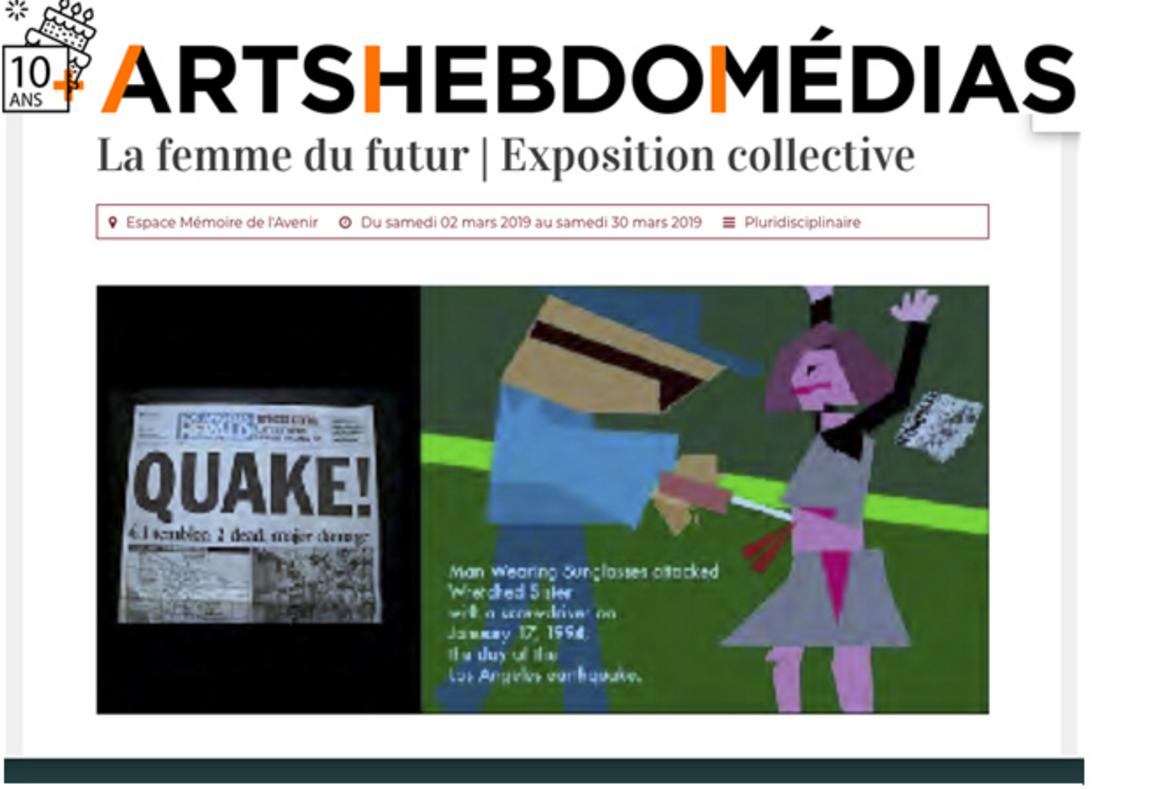 Who has never wondered about the future? The fate of the planet, the evolution or regression of the human species? How to deal with the inequalities of the sexes, with the perpetual violence that the female sex encounters? Galerie Mémoire de l'Avenir team wanted to highlight the Woman of the Future in an exceptional exhibition bringing together eight female artists from different horizons, each with its own unique universe. They imagined the woman of
tomorrow through their art:

​New York artist Andrea Bass designed a projection accompanied by audio and text about Wretched Sister, recalling events like the kidnapping of Patty Hearst by terrorists in 1974 and the death of John Lennon in 1980. Done on purpose, these tragedies coincide with the character's everyday behaviors. Through her works, Andrea shows the still-current clichés that women face and the role the media plays in dealing with violence against women. 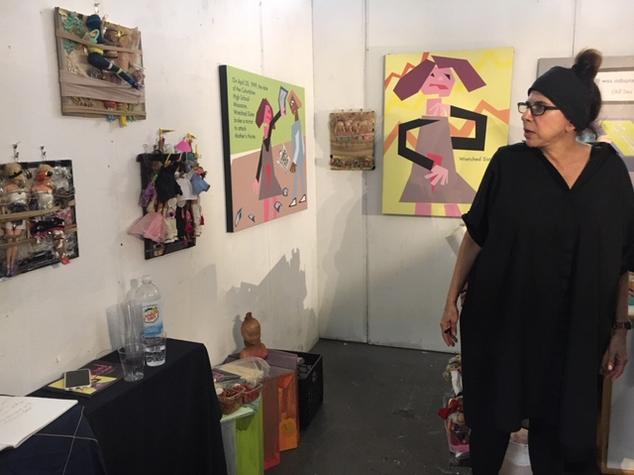 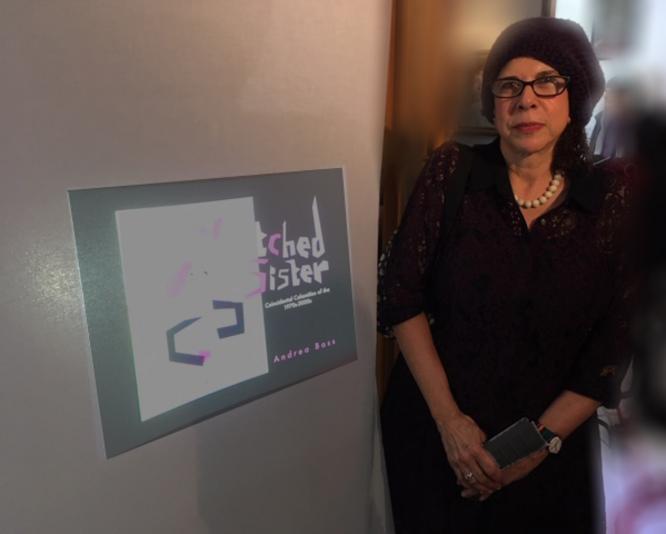 What will the status of women be tomorrow from an archeology of the present? What reading do artists currently offer of female iconography? What problems are imposed on them? How do they reinterpret certain recurring figures of the collective unconscious? In a society that likes to believe that equality is already on our doorstep, how can we continue to focus on addressing persistent gender inequalities, pressures and violence against women? So many questions addressed through the proposals of eight artists summoning in turn the body and the mind (Marie Gossart and Florence Pierre, Deborah Sfez), the mask (Laura Mc Callum), the image of the fantasized woman (Madonna ­ Clara Daniele, Sovereigns of Aleksandra Adamczyk), cultural identity (Nesrine Mouelhi), his relationship to nature (Carmen Bouyer), his place in the media (Andrea Bass). An exhibition evoking the woman of the future and conceived as a manifesto to be written, through these eight artistic proposals together, but also with the public, invited to participate throughout the exhibition, individually, via a digital system, and collectively during meetings organized during the month of March. Visual: Wretched Sister (video), Andrea Bass.

"Survival of the Blondest" 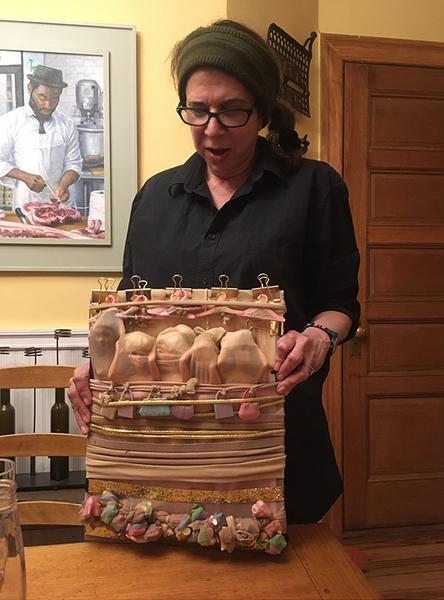 This phrase originates from a nautical command to assemble, especially in times of emergency. The art takes the seafaring expression literally, depicting diverse silhouettes of hands, including prosthetic, muscular, long-nailed, child, and adult working together to secure new flood barriers. #manhattanboropresident #nycemergencymanagement #allhandsondeck

"What Were We Thinking?" 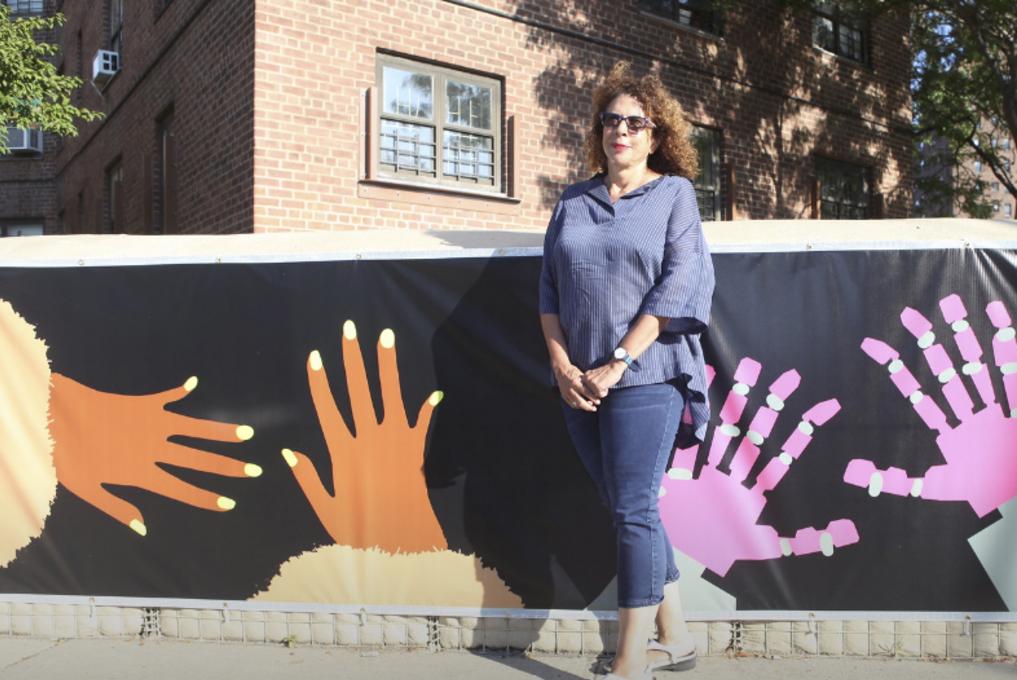 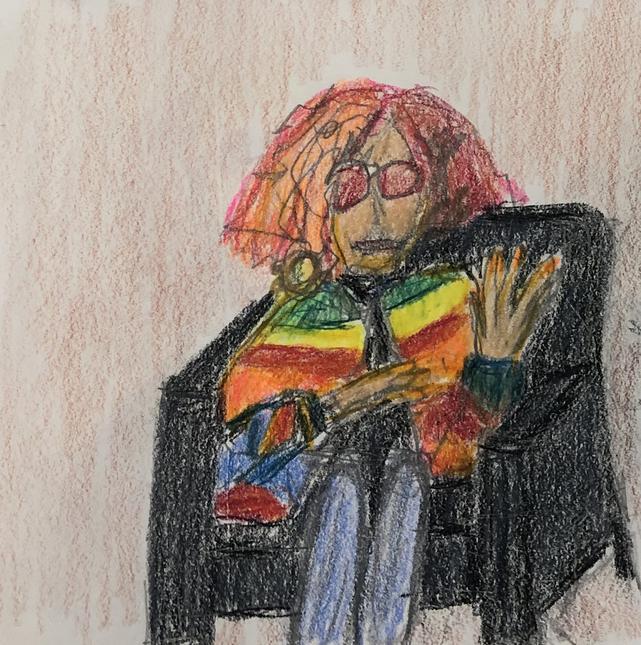 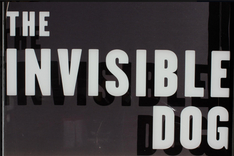 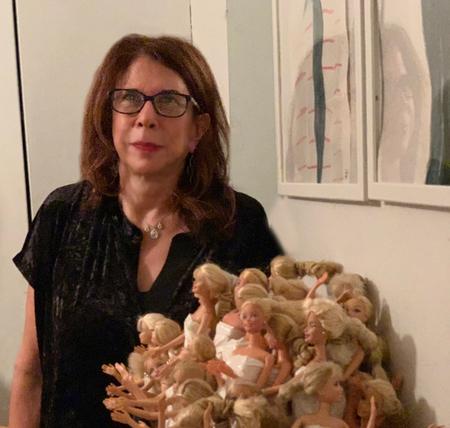